Corangamite Film Society members have been treated to an interesting selection of films already this year.  From the strange confusion of ‘The Lobster’ in February, we moved on to the apocalyptic ‘These Final Hours’ in March – and now we are set for a whimsical and charming Wes Anderson film, ‘Moonrise Kingdom’.  Whether it’s your first foray into the world of Wes Anderson or you are a seasoned Wesophile, we hope to see you there!

‘Moonrise Kingdom’ screens at the Killara Centre on Thursday 6th April at 7.30pm

See what 2016 has in store for you – check out our new programs and plan ahead for your fantastic year of film! 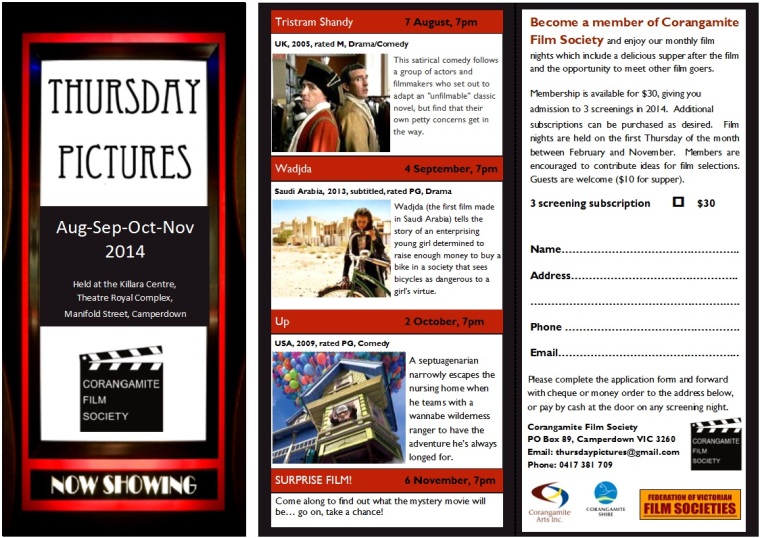